Lesson #175: Browning’s ‘The Pied Piper of Hamelin’ and the Magic of Prefixes 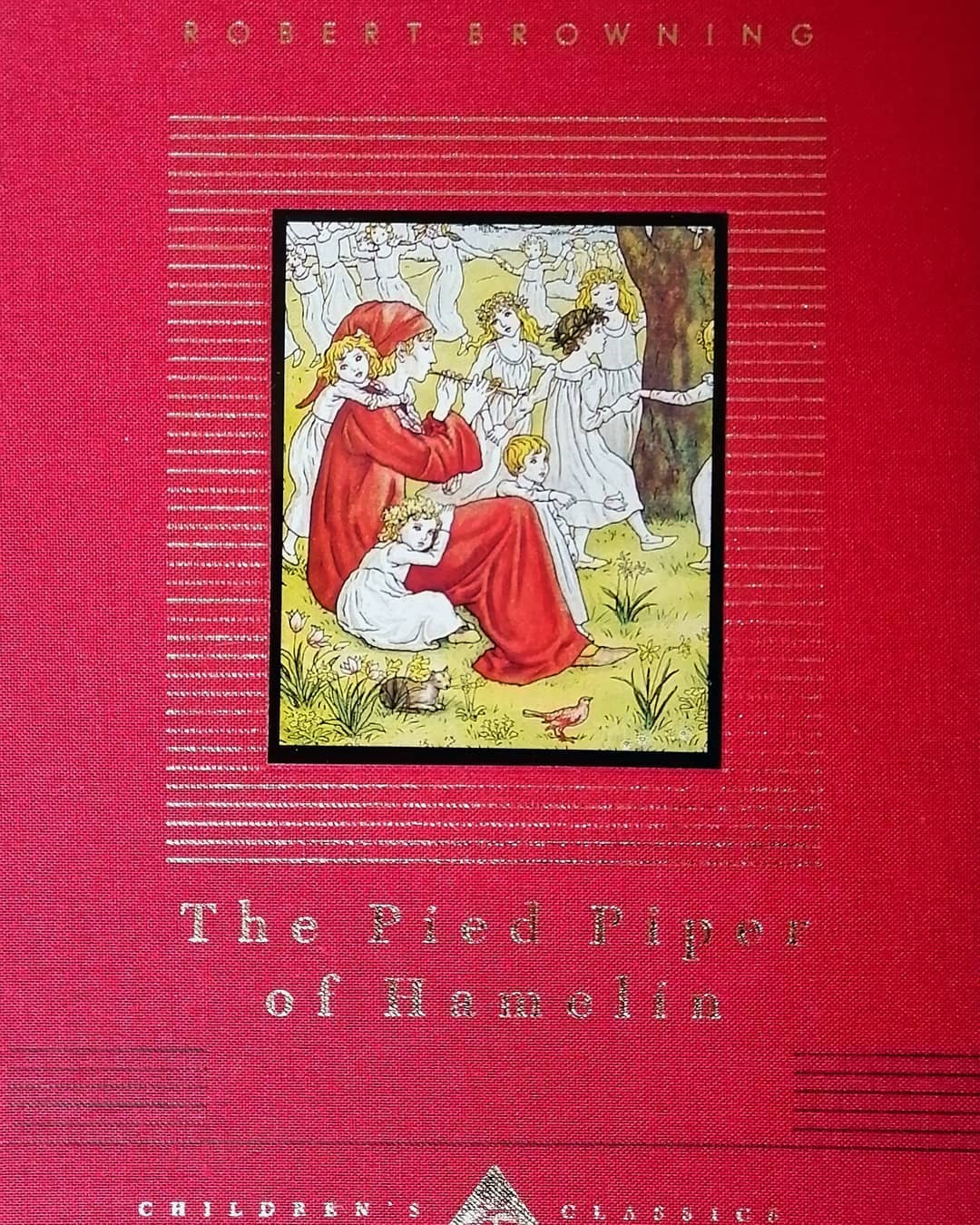 The Mayor was dumb, and the Council stood

As if they were changed into blocks of wood,

Unable to move a step, or cry

To the children merrily skipping by —

That joyous crowd at the Piper’s back.

Once again I get to share a childhood favourite with you – this time, Robert Browning’s ‘The Pied Piper of Hamelin’. I loved it so much that I learned it off by heart, but as I don’t have space to share it in its entirety here, I would encourage you to check it out for yourself. You can find just the textual version here or else a recited version here on YouTube (which also shows some of Kate Greenaway’s attractive illustrations from the 1888 edition of the poem).

Here is a short summary of the poem, followed by our lesson looking at 3 important prefixes that are able to completely transform the meaning of many English words.

📝 OVERVIEW OF THE POEM

It is a poem that retells the legend of a piper who came to a small town in Germany called Hamelin. At first, he was welcomed by the town’s mayor and corporation (ruling government) because he promised that he could rid their town of rats. They agreed to pay him a fixed amount of money for this service, but as soon as it was done, they changed their minds.

The Pied Piper told them that he had the ability to lure away (coax, entice, draw away) other creatures more important than rats from their town, and they replied with arrogant pride, ‘Do your worst!’

He played his pipe and all the town’s children gathered around him and followed him out of town as far as a cave, which then closed its opening with all the children inside.

There are several versions of this story, including one from the Brothers Grimm, but Robert Browning’s version ends with a lesson that whenever we make a promise, we should be careful keep it. (Side note: Robert Browning, one of the most celebrated poets of Victorian Britain, was married to poet Elizabeth Barrett Browning, whose poem, ‘To Autumn’, we looked at in Lesson #138).

‘The Pied Piper of Hamelin’ is a poem full of liveliness and drama; it lends itself well to being read aloud by a good narrator. It also has a wide and colourful vocabulary, and it is this aspect which has inspired my lesson today.

✍️ Among the many adjectives, adverbs, nouns, and verbs it contains, several of these are constructions of a root word with a prefix that transforms the original meaning. We will focus today on three types of prefixes (un-, out-, and sub-) that are found in Browning’s poem.

He advanced to the council-table:

And, Please your honours, said he, I’m able,

By means of a secret charm, to draw

All creatures living beneath the sun,

After me so as you never saw!

Here we see the adjective ‘able’, meaning ‘competent’, ‘capable’, ‘knowing how to do something and in a position to do it’.

Now, do you remember its antonym, its opposite?

✒️ The prefix ‘un-‘ works to cancel a word’s potential. For example, the antonym of ‘happy’ is ‘unhappy’, that of ‘natural’ is ‘unnatural’, and that of ‘occupied’ is ‘unoccupied’. These are just a few examples, and I leave you to construct the antonyms of the following words using this simple principle of adding the prefix ‘un-‘:

To return to the story of the Pied Piper, he is ‘able’ to charm away the rats, but the Town Mayor and Corporation are ‘unable to move a step or cry / to the children merrily skipping by’, as we read in the opening quotation at the beginning of this lesson.

For he led us, he said, to a joyous land,

Joining the town and just at hand,

Where waters gushed and fruit-trees grew,

And flowers put forth a fairer hue,

And every thing was strange and new;

The sparrows were brighter than peacocks here,

And their dogs outran our fallow deer, …

We are familiar with the common verb ‘to run’, but what does it mean when we say ‘outrun’ or, as in the poem here, ‘outran’? What meaning does the prefix ‘out-‘ have?

✒️ ‘Out-‘ as a prefix signals an ability to go far beyond the normal limits of something.

These verbs also use the prefix ‘out-‘:

* standing (this is an adjective, so when it becomes ‘outstanding’ it means ‘very noticeable, striking, or superior’)

To their fathers and mothers having risen

Out of some subterraneous prison

Into which they were trepanned

Long time ago in a mighty band

Out of Hamelin town in Brunswick land,

But how or why, they don’t understand.

Of course the word we are looking at here is ‘subterraneous’, which simply means ‘underground’, ‘deep in the earth’.

✒️ Perhaps you can already guess (especially if you have studied Latin before) that ‘sub-‘ means ‘under’.

Now it is your turn to try and transform these words that take the prefix ‘sub-‘:

As you can guess, the prefix ‘sub-‘ has a sense of moving physically, directionally, or even geographically in a particular direction.

✍️ Indeed, it is worth noting that most prefixes have a sense of moving in a particular direction.

There are other prefixes which we haven’t had time and space to consider here, prefixes like ‘dis-‘ or ‘in-‘ or ‘im-‘ which have a similar meaning to ‘un-‘, and prefixes like ‘under-‘ which is similar to ‘sub’.

👉 The kind of prefix that is used for a particular word has a lot to do with how that word is spelled out and sounds: for example, we say ‘unnatural’ but never ‘imnatural’, or we might say ‘immature’ but never ‘unmature’.❗

For this reason, it is important that you become familiar with and even memorise the antonyms of words so that you appropriate the right prefix to each correctly!