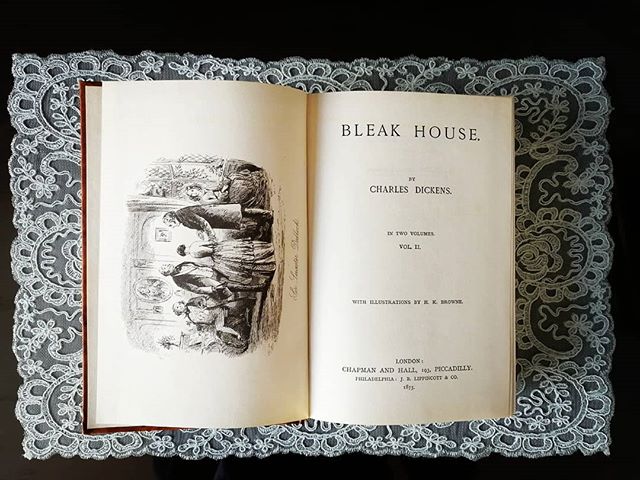 Another Monday, another mini-lesson (in 2 posts – this is part 1):

My inspiration today comes from Charles Dickens, one of the most popular authors in the English language.

Bleak House (1853) is a favourite of mine, a long two-volume novel that interweaves two narrative voices in an intriguing story. I will quote from its opening pages:

📙 ‘Fog everywhere. Fog up the river, where it flows among green aits and meadows; fog down the river, where it rolls defiled among the tiers of shipping and the waterside pollutions of a great (and dirty) city. Fog on the Essex marshes, fog on the Kentish heights. Fog creeping into the cabooses of collier-brigs; fog lying out on the yards and hovering in the rigging of great ships; fog drooping on the gunwales of barges and small boats. Fog in the eyes and throats of ancient Greenwich pensioners, wheezing by the firesides of their wards; fog in the stem and bowl of the afternoon pipe of the wrathful skipper, down in his close cabin; fog cruelly pinching the toes and fingers of his shivering little ‘prentice boy on deck. Chance people on the bridges peeping over the parapets into a nether sky of fog, with fog all round them, as if they were up in a balloon and hanging in the misty clouds.’

1) Firstly, we define some vocabulary:

* ait: a small island, sometimes long and narrow and covered with vegetation

* rigging: all the ropes, chains and cables on a ship

* ward: someone who is placed under the protection or guardianship of another

* wrathful skipper: an angry captain (of a boat)

* parapets: low protective walls along the edge of balcony, bridge or roof

👉 Check out the next post for part 2 of today’s mini-lesson.