Lesson #158 Mini-Lesson Monday (Part 2): Choosing Between Two Alternatives: How to Use Either/Or, Neither/Nor, And Both 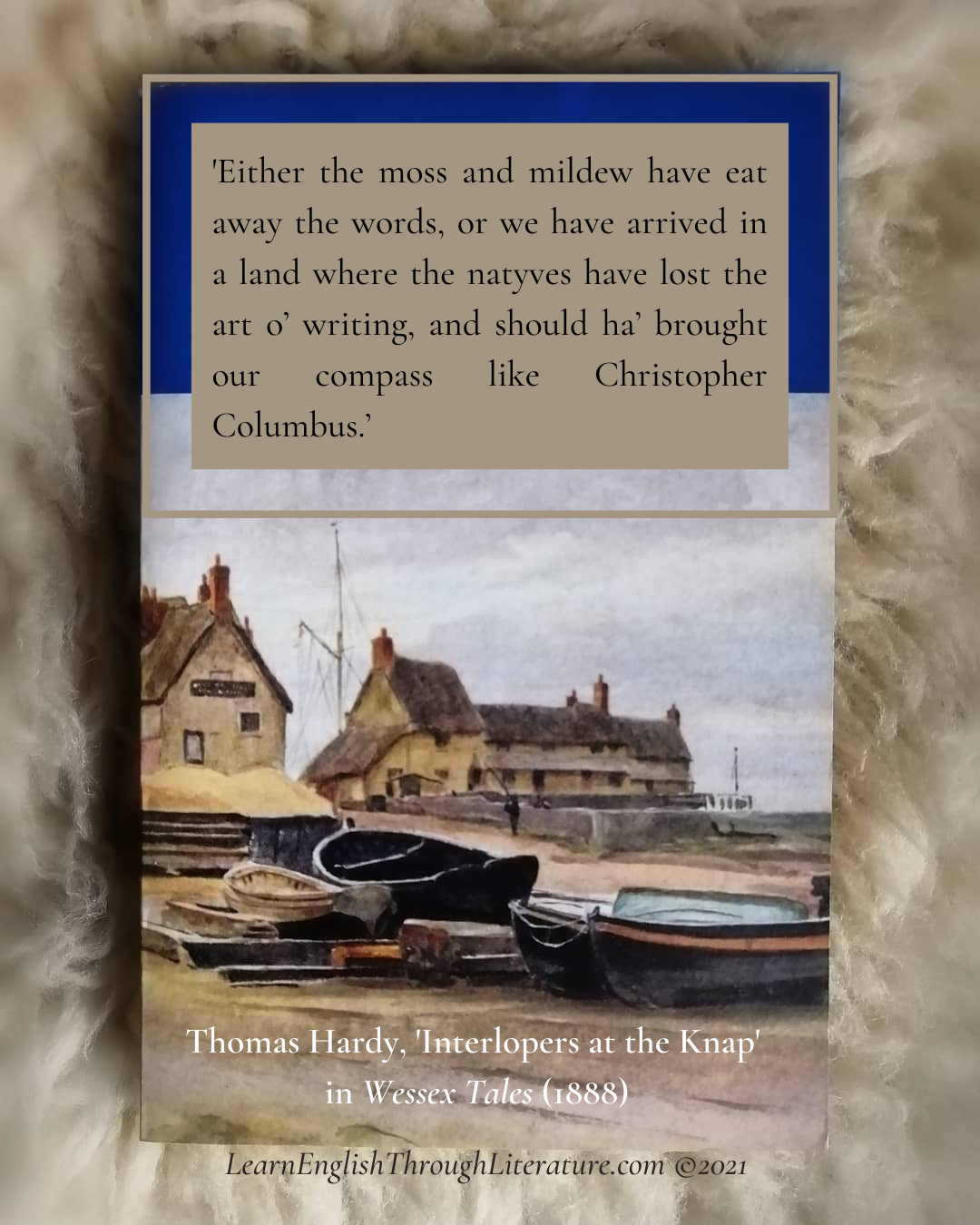 If you missed the first part of this lesson where we described the main functions of ‘either/or’, ‘neither/nor’, and ‘both’, you can check it out here.

This is part 2 of our lesson on these important word groups, where we consider how they relate to the preposition ‘of’, their word order and verb conjugation rules, and lastly how Hardy (and you) may use ‘either’ to denote particular spaces.

(Again, all emphases within the quotations are my own).

ALWAYS USE THE SAME GRAMMATICAL TYPE

‘Either’, ‘neither’, and ‘both’ describe a choice between two things of the same grammatical type (e.g. adjective, noun, verb, clauses, phrase, etc). Make sure that these accord with one another.

📘 ‘Those only proper features in the family doctor, the quiet eye, and the thin straight passionless lips which never curl in public either for laughter or for scorn, were not his; he had a full-curved mouth, and a bold black eye that made timid people nervous.’ (Both ‘laughter’ and ‘scorn’ are nouns)

📘 ‘Neither symboliste nor décadent, he was a pessimist in so far as that character applies to a man who looks at the worst contingencies as well as the best in the human condition.’ (Here ‘symboliste’ and ‘décadent’ are both adjectives)

📘 ‘Both she and he went mechanically about their employments, and his depression was marked in the village by more than one of his denomination with whom he came in contact.’ (‘She’ and ‘he’ are both noun subjects)

‘EITHER’, ‘NEITHER’, OR ‘BOTH’ FOLLOWED BY THE PREPOSITION ‘OF’

✍️ By contrast, ‘both of them/us/you (plural)’ always uses the plural form of a verb.

Thus the verb form ‘had moved’ in Hardy’s next sentence is in the singular form (even if the verb conjugation below isn’t particularly distinctive):

📘 ‘But before either of them had moved, the faint clatter of horses’ hoofs broke upon the ear, and it seemed to come from the point where the track across the down joined the hard road.’

(‘Them’ refers to characters Lizzy and Stockdale. ‘Either of them’ here emphasises what each one individually was doing at the same time: ‘before Lizzy (one person) had moved’, and ‘before Stockdale (another person) had moved’ …)

💡 You may be wondering: if the two characters did the exact same action, why didn’t Hardy write his sentence with ‘both’ instead of ‘either’? Something like:

But before both had moved, the faint clatter of horses’ hoofs broke upon the ear … (paraphrased)

👉 Note that the paraphrased version here changes the emphasis found in Hardy’s original line. By using ‘either of them’ instead of ‘both’, Hardy’s sentence describes the actions of two individuals as each having their own individual agency, even if the actions are the same:

On the other hand, by using ‘both’ in my paraphrased version, I am telling the reader/listener that I have grouped Lizzy and Stockdale as two people who are likely to do the very same thing together, acting as a team or pair with singular bonded agency. 🧑‍🤝‍🧑

The same principle applies to ‘neither of’:

📘 ‘He [Robert Trewe] made the best of his visit, seeming to enjoy the society of Ella’s husband, who also took a great fancy to him, and showed him everywhere about the neighbourhood, neither of them noticing Ella’s mood.’

👉 The two men here did the same thing but Hardy wanted to describe them individually, and as it was a negative action (they did not notice Ella’s mood) we use ‘neither‘.

CONJUGATING VERBS IN ACCORDANCE WITH ‘EITHER’, ‘NEITHER’, OR ‘BOTH’:

✍️ In sentences where there are two subjects but one is a single person and the other is a group of people, the subject closest to the verb decides on the verb form. For example:

‘Lizzy 🧍 and the young men 🧑‍🤝‍🧑 were either working in the garden or in the fields.’

vs. ‘The young men 🧑‍🤝‍🧑 and Lizzy 🧍 was either working in the garden or in the fields.’

👉 This principle actually applies to all sentences with two different subject types, whether or not they include ‘either’ or ‘neither’.

On the other hand, ‘both‘ always causes its associated verb to be conjugated in the plural form, regardless of the subject order (as mentioned above also in relation to ‘of’): e.g. ‘Both Lizzy and Mary 🧑‍🤝‍🧑 were working in the garden …’

USING ‘EITHER’ IN RELATION TO PLACE

📝 Thomas Hardy often uses the common fixed combination of ‘either side’ in his rural novels, which basically means ‘both sides of something’.

Here he is describing how some open ground appeared between the houses on the two sides of the road:

📘 ‘The houses along the road became fewer, and presently open ground appeared between them on either side, the track on the right hand rising to a higher level till it merged in a knoll.’

And here he is stating that there were more hedges than houses on both sides of the street or lane:

📘 ‘While he thus followed her up the street or lane, as it might indifferently be called, there being more hedge than houses on either side, a figure came forward to her from one of the cottage doors.’

👉 So Hardy’s sentence below means ‘both in front and behind’, but because of the negative ‘no’ early in the sentence, Hardy must use ‘either’ instead of ‘both’:

📘 ‘There was no audible movement either in front or behind him, and he now concluded that she had not outrun him, but that, hearing him at her heels, and believing him one of the excise party, she had hidden herself somewhere on the way, and let him pass by.’

I hope this has been a helpful lesson on essential conjunctions / pronouns / adverbs / determiners (yes, ‘either’, ‘neither’, and ‘both’ can be all of those)! As always, if you would like to delve deeper into these, feel free to contact me and we can arrange a lesson to clarify whatever you would like to understand better.